Written by Caitlin Keohane Posted in News on Tuesday, 29 May 2018.

It took 12 long years. 12 years of stomach pain after meals, 12 years of questions, 12 years before she could understand what was going on with her body. After 12 years celiac disease was the answer.

“Up until 2002 I ate a normal diet without any issues everything was fine and somewhere along that year I started having issues with my stomach.”

From 2002-2008 Kristina Von Castel- Roberts, a University of Florida nutrition professor, was undiagnosed by doctors. Using her nutrition expertise, she went on elimination diets to try to find the reason behind her consistent stomach pain. In 2008, Von Castel-Roberts, who had not been tested for celiac disease by doctors, decided to try a gluten-free diet.

“I tried it and I did it for a couple years, relatively cautiously, but not completely, and it did make me feel tons better.”

Von Castel-Roberts became busy with work, so she went back to her original eating habits. Her stomach pain resurfaced. In 2014, Von Castel-Roberts got a new doctor who tested her for celiac disease. The test was positive. After 12 years of searching, she finally had an answer.

The gluten-free diet has spread like wildfire in the United States in the past five years. The food industry is jumping on the gluten-free bandwagon. Shelves of super markets are full of gluten-free products, and restaurants are adding gluten-free choices to their menus.

According to The Guardian, “In the U.S. nearly a quarter of all product launches have gluten-free claims.”

Movie stars are also adopting the gluten-free diet.  Gwyneth Paltrow is eating gluten free and making it a family affair. Being a celebrity and a mother she has helped make the gluten free diet appealing to her fans.

“Celiac disease is a form of an autoimmune disease where the body is sensitized to gluten and that causes inflammation in the gastrointestinal tract,” said Kathleen Ryan, MD

Wheat-based foods, commonly found in breads or pastas, cause the inflammation of the gastrointestinal tract in people with celiac disease. This leads to stomach pain after ingestion.

“Celiac disease is diagnosed by performing blood tests and biopsy. A lot of times it takes both to diagnose it correctly,” Kathleen Ryan said.

But people with celiac disease are not the only people who should steer clear from products that contain gluten according to Ryan.

“There is celiac disease and there is this other thing that is now being defined, which is where the gray area comes in, which is called non-celiac gluten sensitivity (NCGS). Those are people who have tested negative for celiac disease but feel better without gluten in their diet,” Ryan said.

NCGS is not as well-defined as celiac disease. The gray area is where skeptics question whether going gluten free is necessary. More research will need to be done regarding NCGS.

According to Forbes, Peter Gibson, a professor of gastroenterology at Monash University and director of the GI Unit at The Alfred Hospital in Australia, performed multiple studies and found that the “need” to be gluten free may be all in your head.

“Patients reported gastrointestinal distress without any apparent physical cause. Gluten wasn’t the culprit; the cause was likely psychological. Participants expected the diets to make them sick, and so they did,” Forbes writer Steven Ross Pomeroy said.

According to Medical News Today, around 1.6 million people in the U.S. now follow a gluten-free diet with no diagnosis of Celiac Disease.

Jeri Davidson, 66, is newly gluten free but does not have celiac disease.

“It’s just about being healthy. And if you look at most Americans, and all the fast foods, fast lifestyles, stress, no time to relax, no time for anything, just think about that. Because everything is fast, so your forthcoming health is also going to go down the tubes fast,” Davidson said.

A gluten-free diet for people that don’t have celiac disease or NCGS can be beneficial as well. It requires that most carbs and processed food be cut from their diets. Fruits and vegetables are gluten free. Replacing bread and pasta with fresh fruits and vegetables is a healthy choice people have been told for years Ryan said.

“It has been a good year. I just feel better,” Von Castel-Roberts said after a year of being 100 percent gluten free. 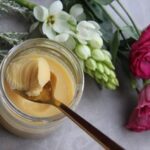 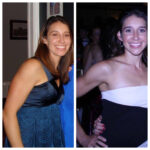 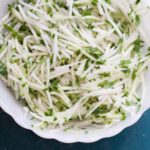 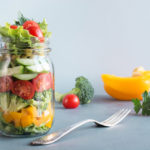